Screen printing is accepted and utilized worldwide due to its simplicity and efficiency to create astounding images on fabric. In fact, this image transferring process just involves ink, canvas, stencil and of course, a woven mesh. But despite its popularity, screen printing’s history remains a mystery to many. Even those who regularly use screen printing are unaware of its simple yet rich beginnings. If you are one of them, this article will discuss how screen printing started and its impact to society.

Where did it began?

Screen printing is one of the oldest form of transferring an image to a canvass. In fact, it started in China during the Song dynasty. During that period, materials involved with screen printing are wood cuts, as well as block prints. Using these materials resulted to China’s distinct decorations. Later on the Japan enhance the technique by using human hair. This alternative material resulted to designs with more astonishing details.

By the middle ages, screen printing became popular especially for commercial efforts. Companies were able to print images on playing cards with the use of screen printing. With the realization of screen printing’s endless possibilities, decorators adapted the printing method to produce wallpapers. But instead of using hair, they replaced it with a more sustainable material – silk. This new material coined the name silk screen printing.

The screen printing method today is a result of creative artists named Samuel Simon and Wiliam Morris. In fact, they patented screen printing in the 1900s. They used a stencil and a woven silk to keep the design in place. If an image is detailed oriented, gluing the mesh fabric was done.

During World War I, the multi-color screen printing technique was used to produce posters to entice American civilians to join the army. By the 1920s, designers accepted screen printing and called the procedure serigraphy. During the 1960’s, screen printing in art became more popular with Pop Art.

Although the process of screen printing is very simple, it has a rich background of development and usage over the years. At TshirtManufacturerChina.com, we acknowledge and value of the history of screen printing. We believe that each shirt design should capture  your design ideas. Give us a call to know more about t-shirt screen printing method. 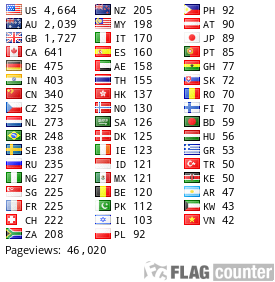